The construction managers and architects had barely spoken in nine years. And they worked a few feet from each other, at the same firm.

Does that sound crazy? Good, because it is crazy!

That said, departmental standoffs and power struggles are realities of the modern workplace. As a conflict competence organization, Thera Rising sees plenty of this sort of escalated, extended conflict – crazy as it may be. That’s the bad news: meltdowns like this can and do happen. The good news is that as chaotic as workplace conflict looks from the inside, it’s both understandable and reversible. More importantly, it’s preventable.

In this case study, we’ll examine how simple, common behaviors can sabotage an organization – and how individuals can put their workplace culture back on track.

The Lifecycle of Business Conflict 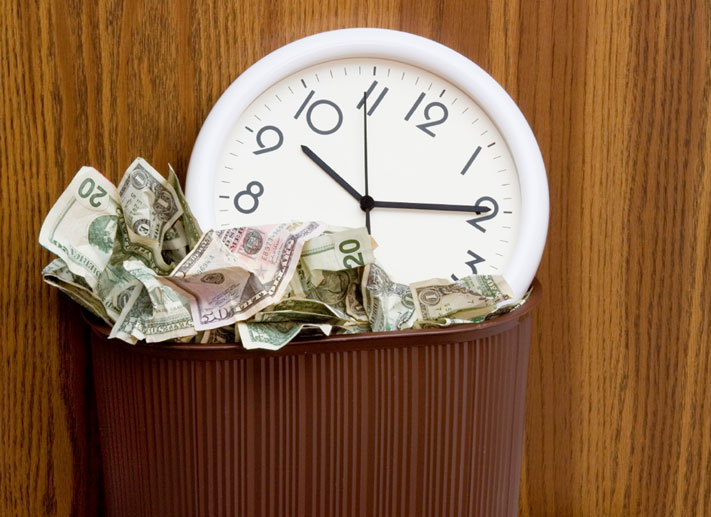 Let’s back up a bit. The client was a large and respected Minnesota construction firm. Their organizational culture was in a mess. The construction managers (on-site supervisors) and their internal architects were in the middle of a conflict that had lasted almost a decade.

This made for some awkward moments in the hallways and in front of clients. But more importantly, the conflict was taking an enormous toll on the organization. Morale was abysmal and projects were hamstrung. And you can bet it had a big impact on the bottom line. Management was beset from both sides as each party lobbied for their support and favor. Exasperated, they brought in Thera Rising’s founder and president, Anna Maravelas, to help the company get back on track.

The project that Anna was brought in to do was actually a daylong seminar, not a full-blown conflict resolution project. But in the course of just one workshop, the full story came spilling out.

The construction managers told Anna that the architects’ designs were consistently over budget. “We all agree, the architects foolish and incompetent,” she heard. “They’re arrogant artists with big egos who live in la-la land!”

The real coup, though, came from the architects. They didn’t contest that they’d been turning in projects that were over-budget. However, they filled in another piece to the puzzle. The construction managers had been lying to them about project budgets! If the company had a $20 million budget, for example, the construction managers would tell the architects they had $15 million.

To help understand how this conflict works, we’re going to diagram it. Let’s see what happens when we take the construction managers’ approach of blaming the architects. In stage #1, we state the facts behind the frustration. Stage #2 is the assumption they’re making about the reason behind the situation. Stage #3 is how they act based on that assumption.

But we’re not quite done yet. At this point, the cycle starts feeding back into itself. Let’s move to stage #7, back above the horizontal line. The construction managers see the architects ignoring their warnings, which they take as a validation of their negative assumptions.

As this cycle repeated itself, each side dug in its heels and formed what are called factions: groups dedicated to undermining and sabotaging outsiders. With each faction undermining the other, and with no one looking for a constructive resolution, it’s not hard to see how this had gone on for so long. And without intervention, it could still be going on today. Fortunately, over the course of the seminar, the two sides were able to step back and recognize the costly cycle they had created.

Getting to the Heart of It

The construction managers and architects were engaged in what we call a Cycle of Contempt. This is a common but costly result of poorly handled conflict, where both parties make negative assumptions about the motives and behavior of the other. These assumptions then come back around, validating themselves and perpetuating the cycle. Here’s what the cycle looks like when we put the two sides together:

Looking at the whole cycle makes it clear how each side’s behaviors perpetuates the problem. That’s why it’s easy to get trapped in these cycles. Both factions see the other’s behavior as validation of their initial negative assumption.

The most powerful part of this is that Anna didn’t provide this insight. The factions themselves figured it out once they understood the concept of the Cycles. And more importantly, each side came to understand how their behavior was feeding a downward spiral.

Both factions were eager to find a solution once they recognized the part they had unwittingly played in perpetuating this vicious cycle. Remember, the conflict had poisoned the culture and jeopardized profitability. Everyone was miserable; they just couldn’t see a way to move forward. The promise of a constructive resolution to the problem was within reach for the first time in nearly ten years.

That glimmer of hope was enough to get the ball rolling. When the factions opened up the dialogue, another piece of the puzzle fell into place. The root of the conflict wasn’t mean-spirited construction managers or egomaniac architects. It was a textbook case of conflicting performance measures.

While it wasn’t formally on the books, the architects had a specific, hidden performance measure. Their leadership wanted their projects to be featured in an architectural journal. That meant winning awards, attracting wealthier clients, and scoring more lucrative contracts for the company. So when a client came to them and said, “Build me a library,” the architects were thinking of this: 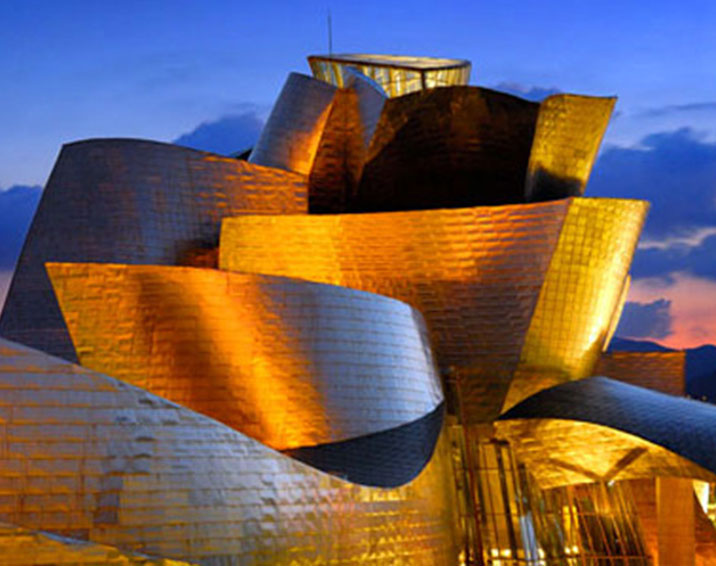 The construction managers, on the other hand, had two very specific performance measures: finish the project on time, and do it under-budget. This pleased their leadership, saved the company money, and netted bigger bonuses. So when the same client said, “Build me a library,” the construction managers had this in mind: 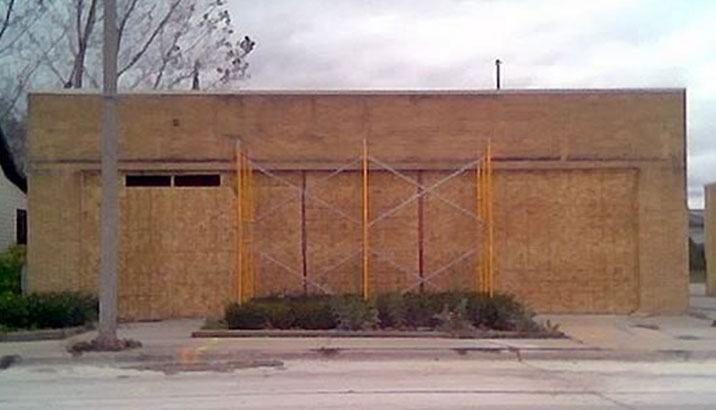 When you recognize the underlying pressures, it’s no wonder they were at odds!

But there’s one more piece to the puzzle. When they factions came together, the construction managers were shocked to learn that the architects had received almost no training in estimating the cost of projects. They weren’t idiots or egomaniacs – they’d never been trained in a skill they needed to do their job.

Shifting from personality attribution (blaming individuals and groups) to situational attribution (looking for the underlying reasons) brought the hidden causes to light. From there, the solution was obvious: mentoring the architects in the basics of price estimation, and creating a cross-functional design team (consisting of architects and construction managers).

Now we can revisit and revise our cycle diagram. When factions move beyond labeling, blaming, and assuming the worst, their Cycle of Contempt transforms into a Cycle of Courage. This follows the same pattern as our previous cycle, with one major difference: we change #2 by replacing the negative, personality-based speculation with one focused on the underlying pressures or constraints that shape behavior. This prompts us to search for solutions instead of deriding others. It’s a subtle change, but it has a huge impact. Here’s what happened once the group shifted focus to solving the problem instead of labeling and inflaming:

Just like before, the construction managers’ assumption (stage #2) is self-fulfilling. Except whereas the first cycle led to years of feuding, this new cycle leads to better quality of life for everyone involved, and an improved process that will save the firm time and money.

Does that seem simple? Again, that’s good – because it is simple! Everyone realized that the pain they’d been through was driven by something as basic (and correctable) as assumptions and poor communication.

The best part of this is that anyone can spot and avoid the behaviors that cause conflict to turn destructive. Now, when the group sees themselves or others starting to make the same mistakes, they can gently address the behavior. Today, the organization is back on track, and the staff is empowered and in control of their work life and culture.

We’ve seen this happen hundreds of times. Twenty years in the field has taught us that this case is the rule rather than the exception: simple, common mistakes made by good people. While they can have an enormous cost, we can easily prevent them if we have a little skill and insight.

We hope you enjoyed this case study and learned a thing or two you can use at work! Whether through case studies like this, anecdotes, or in-depth expositions, we’ll bring you regular, relevant, valuable information and tips that you can use to understand workplace conflict, and to navigate it. So check back, and sign up for our mailing list if you’d like to be kept in the know!

Remember, others often reflect our behaviors and attitudes back at us (this tendency is called reciprocity). At the same time, our assumptions have the power to shape our thoughts and actions. That gives us a lot of say in how others treat us. It may be a bit trite, but I can’t help but crib Gandhi here: why not be the change you’d like to see in your world?

Ben Martin specializes in research and business development at Thera Rising. When he’s not out delivering seminars, he oversees client outreach and digital development.

Want to see more? Subscribe to have new posts delivered to your inbox!